15. října 2015  12:00
Unique Czech tram travels around the city of Prague. It does not stop to pick up passengers. Rather, ensures that all the other trams ride as smoothly as possible - by oiling the rails along its way. Tatra T3 tram number 5572 now has one more function: it provides an unexpected look at the 1000 year old city. 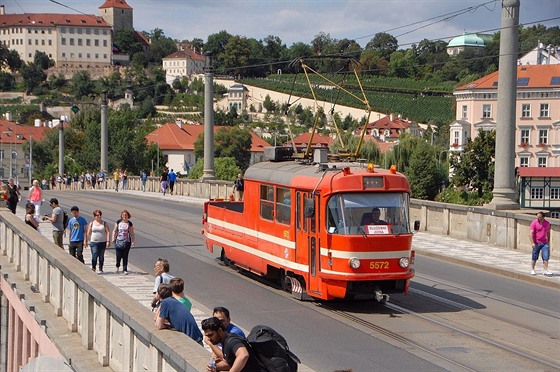 What started as geeky trivia turned into a viral hit. An unusual tram, designed to oil the rails in Prague, quickly became a viral Twitter sensation and a „selfie magnet“. Now you can see the beautiful city of Prague from the back of this peculiar train at SlowTV.cz. 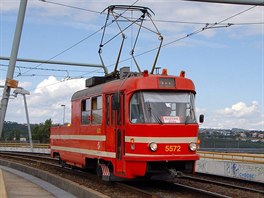 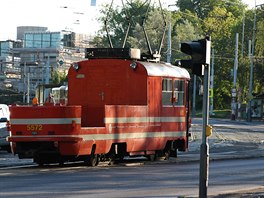 Providing a new perspective on the city of Prague was not in the original job description for Tram 5572. In 1965, it started its service as a regular passenger tram, but after the Velvet Revolution in 1989, it was changed into a cargo tram. The idea was to have „pick-up trams“ in every depo to speed up the transportation of materials. That is how this vehicle got its open bed. And it even got a hydraulic hand to load the cargo on and off.

But the cargo tram did not find enough uses, and thus was turned into another unusual vehicle - a snow plough. In 2003, this tram was removing snow from the steepest hills in Prague where trams are allowed.

In 2014, the Prague Public Transit Company successfully experimented with new lubricants to smoothen the tram ride. To distribute the lubricant, small jets spread it on the tram’s wheels during the journey. 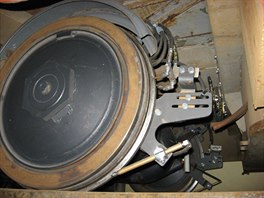 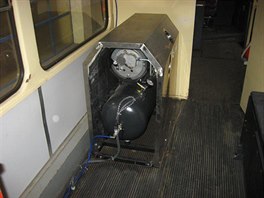 First tests in 2015 showed that the new lubricant (HeadLub 90) is beneficial for steel-on-steel contact. It lowers the resistance while also making the ride quiter as well.

Every month, this unique tram travels 6000 km (over 3700 miles). The consupmption of the lubricant is rather low because of the fine spread, only 50 kg (110 pounds) a month. According to official measurements, the lubricant can decrease the loudness of a riding tram from 86 dB to 61 dB.

The webcam stream is captured using an Axis Q3505-VE camera with HD quality at 60fps. The camera is then connected through 3G/LTE/wi-fi Internet connection to Playtvak.cz data centers and available for the world to see.