18. ledna 2008  4:04,  aktualizováno  4:04
Whenever a Thesaurus Rex (or Theosaurus Rexxus if you are British), would descend on Prague and wreak havoc, especially on invading armies, people would write accounts down of what happened. 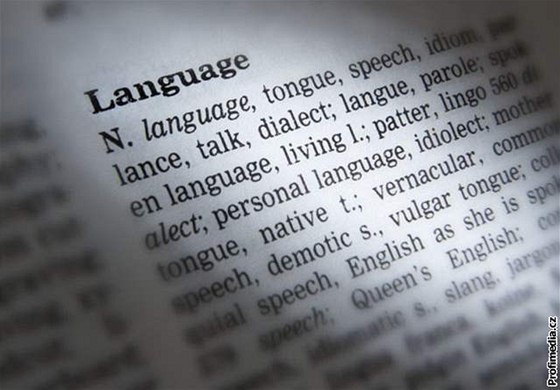 But even speaking Mideveal Czech at that time, they soon ran OUT of ways to describe this carnage.

Frustrated, no less a Czech hero than Jan Hus, tried to simplify this process and the phrases and expressions Czechs used.

After shortening many of them by using Czech DIEaKritics such as the great Hockey Player Pavel Hacek, even Jan Hus gave up and slammed down a Becherovka in frustration.

A Thesaurus is Born

After some Kalvinci Codes were inserted by Leonardo da CzEnglish IV into the text of everyone’s written collected works under the strict secret orders of Charles IV, President Klaus ordered an investigation. Although he was right in doing so, making sure that its contents would remain strictly sovereign, distinctively and uniquely Czech in character and therefore CANNOT EVER be dick tatertotted to by the European Union nor anyone who still wears wigs in Brussels, but Atlas, it was too late!

He was TOO BUSY holding up his loin cloth! WHAT IS IT WITH MEN AND THEIR LOINS!??

Plaidian Seduction, Abduction
Just as President Klaus was getting ready to exercise his rightful Presidential duties, an EVIL Pleiadian Mothership suddenly descended from the sky, flying in from the direction of Slovakia, which would not exist for another 25,000 years.

So here comes this big UFO, it lands in Wenceslas Square.

As the Celtic-Czechs, or "Czs" for short, saw this beautiful woman step outside the spaceship, they thought she was Czech, naturally. At this point, they all agreed to follow her, and as Erich von Daniken proved 10,000 years ago, the Celts "disappeared" because the Space People took them away!

To make matters worse, we now know that the Communist Party, deliberately withheld this fact from not only the Czech people, but even Stalin himself. Imagine the chutzpah!

Unfortunately for these ancient Czers, this female Space Gal as they call her in Texas right today, was not Czech. She was a Pleiadian.

Now you know WHY it is that YOU can use a Theosaurus to help you write even more good.

With such a rich leg a sea of CONtributors, by using one you can fuel people into thinkin that their opinions are either wrong, or that you know what you are talking a butt.