7. června 2007  11:58
In the Czech Republic, there are more mobile phones than there are people! As a result, what are called SMS or text messaging has become in indispensable tool for countless people. 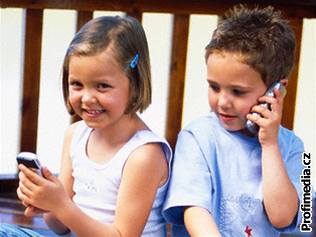 Because most phones do not really make it very easy to converse in any language by typing keys on your phone’s keypad, to get around the limitations of text messages versus just calling someone and speaking with them, a new type of English has emerged to accommodate this which is called SMS English or "SMS Speak" according to some people.

While this new phenomenon has also emerged in other languages, here are some handy and useful SMS English terms and phrases which many people are using today.

Handy, Common SMS Terms
While there are literally thousands of abbreviations which are used in SMS English, here are some of the most popular ones in widespread use today:

LOL
The letters "LOL" are short for the phrase laughing out loud.

In English, whenever someone LOLs, they are doing it outwardly, openly, and do not mind if other people know about it.

ROFL
This abbreviation means rolling on the floor laughing. This is beyond just laughing at something. When someone ROFLs it is assumed that something was either really funny, or stupid and made them laugh, or what is called stupidly funny.

Msg and XOXO
The SMS English abbreviation msg is short for the word message.

When someone types "xoxo" (whether it is in all capital letters or not) this is another way of saying "kisses" or I am sending you some kisses.

IC
This abbreviation is short for the words I see, as in I received it or I saw it and I understand it.

CAUTION: When someone says "I see," this means they either understood it or perhaps they did not. Some people say "I see" just to acknowledge that you said something.

Make sure that you ask the person if they really understood the issue(s). Never automatically assume it’s true.

CUL8TR
When someone writes "cul8tr" in an SMS message, this is a short way of saying see you later.

Bcuz and Ur
When acronyms are not being used in SMS messages, it is quite common to shorten or abbreviate words. Bcuz and ur are both examples of this.

When someone writes bcuz in an SMS message, this is another way of saying the word because.

In a similar way, the word "ur" is the same as you are or your.

SMS Considerations
While there are thousands of abbreviations and acronyms which exist in SMS English, try to never forget that this is a phone you are using and not a word processor.

As a courtesy to the person who has to read or wade through your SMS messages, try to limit them to one screen if you can, or a single part. Multi-part messages are more difficult to understand, and using abbreviations can help save space.

Remember, the person you are SMSing may not have the same kind of phone you do, nor as advanced.

When SMSing someone, always think of clarity and brevity, keep your messages short and sweet.