Live from the stratosphere: Czech GPS treasure hunt is out of this world 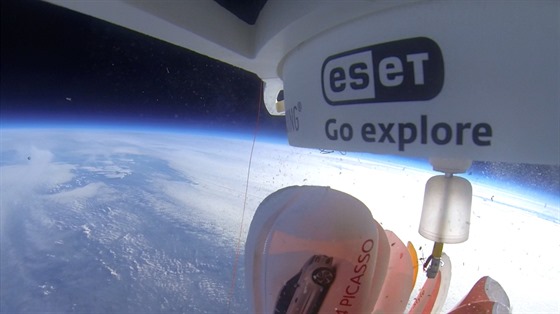 Dropion with its parachute landed in a garden in Cerhovice near Prague.

„Sure, come in, you all,“ replies the gentleman as we ask him to retrieve the object that had just landed on his garden from near-space. „You are lucky our dog is inside. Had he been outside, there would have been nothing left for you to retrieve.“

The owner of the house was surprised to see two dozens cars in his usually quiet street. As the enthusiasts, equipped with smartphones and radiolocation antennas, struggled to explain the game, they laughed, too. „This is so crazy and so cool,“ said one.

From start to finish - stratoseeds soared 100,000 feet to stratosphere and then floated back to ground where players were searching for them.

On November 16, 2013, in Prague, Czech Republic, 13 thousand players and their families watched the launch of a balloon into the stratosphere. They witnessed the world’s first Stratocaching event, which combines near-space flight and a geocaching game. The video from the flight to stratosphere and back was broadcast live on Technet.cz. Hundreds of thousands of people watched the unique dramatic moments broadcasted from 30 000 meters (100 000 feet) from above. Read more about Stratocaching 2013.

Geocaching with a space twist

At its highest point of the journey, the gondola, named Dropion, released its twelve devices carrying GPS trackers. These then glided down like a winged maple seed. 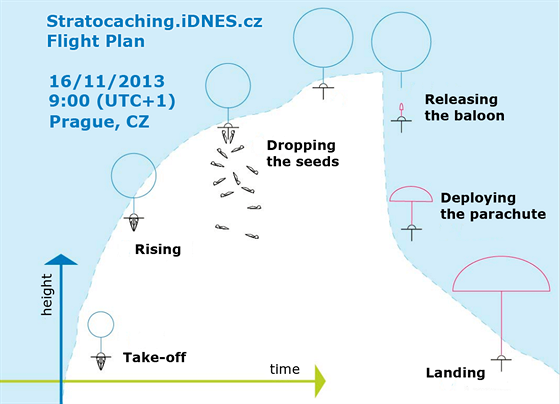 Geocaching has a strong fan-base in the Czech Republic, ranking 4th in the world on Geocaching.com, so it was to be expected to gain an audience. Still, organizers were a bit surprised by the splash this game caused. On the launch site, hundreds fans watched the countdown, with tens of thousands more watching it live online at Technet.cz. Overall, more than 200 thousand people watched the live stream. Thirteen thousand players then competed to be the first ones who find a seed that had fallen from the stratosphere. 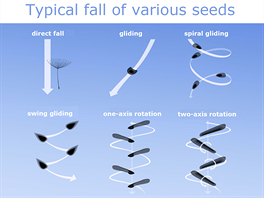 The desing of the seeds is inspired by nature. 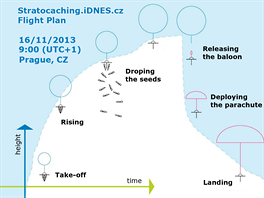 The start of the 2014 Stratocaching flight is scheduled for October 25 from the ČHMU meteorological observatory Prague – Libuš.

What is different this year

Learning lessons from the first Stratocaching experiment, this year the organizers (Žádná Věda and Technet.cz) introduced several upgrades. New mobile app for Android, iOS and WP simplifies the game for players from start to finish while still allowing them to follow the latest development on their mobile screen.

The seeds are insulated to protect the electronic not just from low temperature but also from the wind chill, which proved to be the villain during the first attempt.